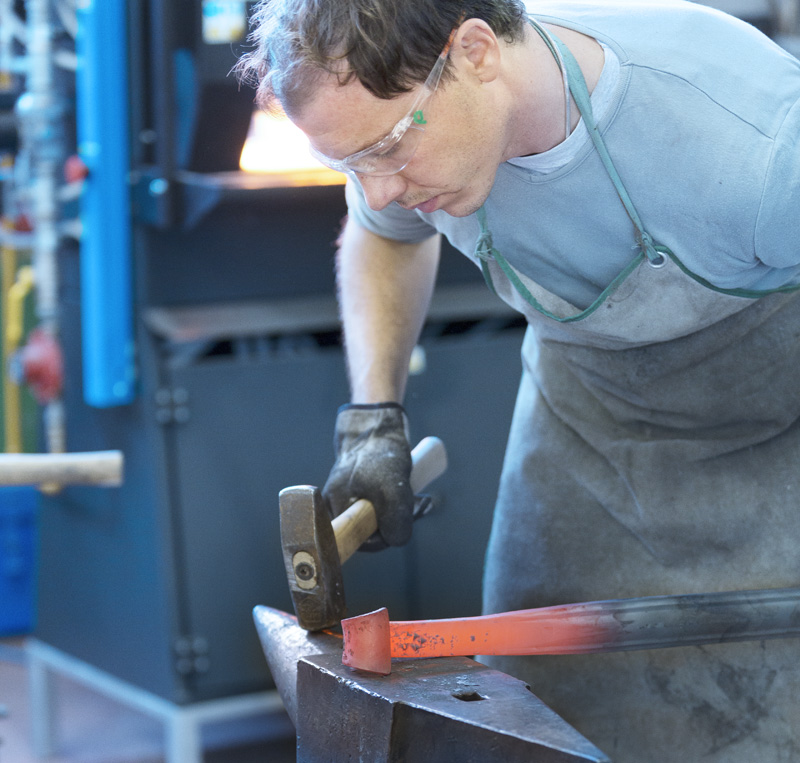 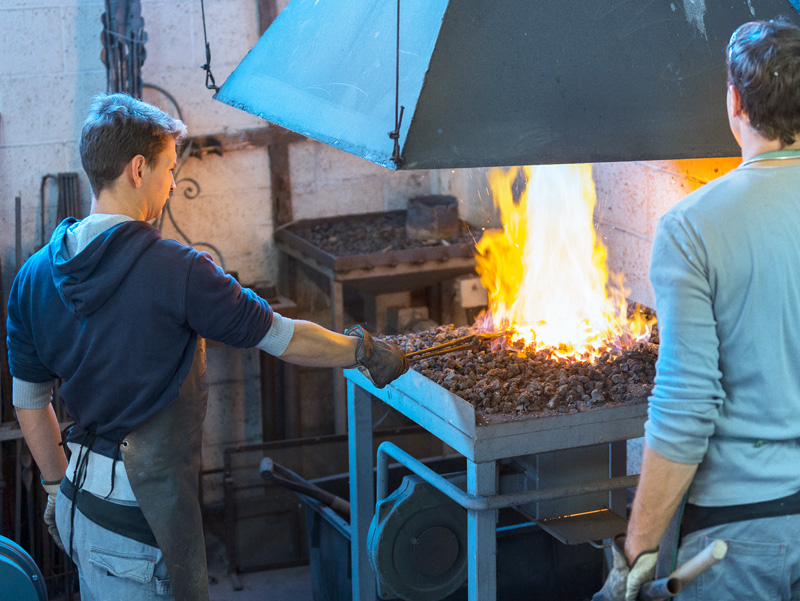 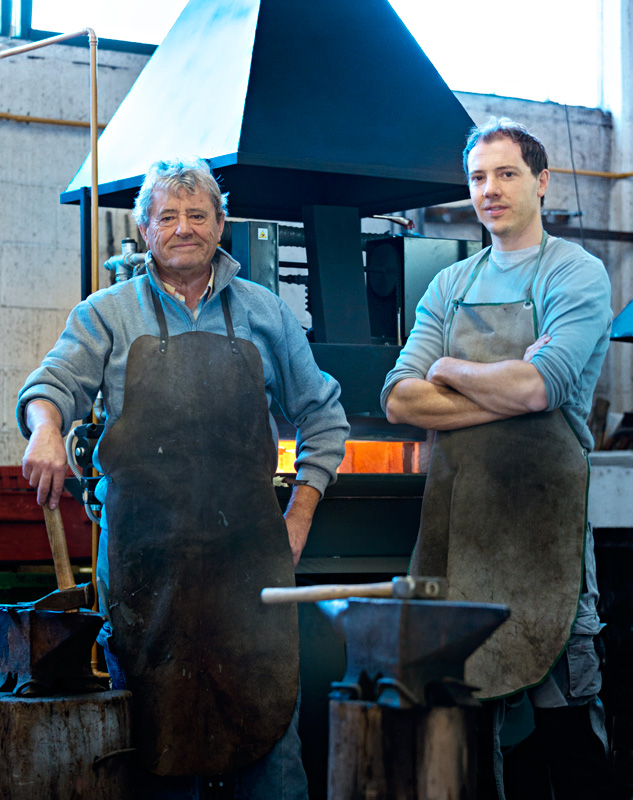 Domenico Vendramin, Memi to his friends, was a ticket collector and then an inspector for SIAMIC in Treviso, a local bus company which was born after the Second World War, thanks to the post war economic boom, when everyone could find a job but didn’t have a car to move around.
The bus company then changed its name to FAP and then ACTT. But the job didn’t give enough space to Domenico. He was an resourceful fellow and, above all, his family was growing and so he had to roll his sleeves up. Although the son of Eduardo, a very good brick-layer who specialised in stone arches and mainly worked in cities of art like Venice, Memi had always been attracted to metal working. Many times he had happened to see the Treviso-born wrought-iron artist Toni Benetton at work and he longed to try his hand at the hammer and anvil himself, finally discovering that he had an inborn talent himself. Domenico set up in the workshop of the blacksmith Giulio Bircaro, who also lived in Via Trieste, in Paese, making compositions in iron of vines, vine leaves and bunches of grapes which were sold to local bars and inns around the Montello area. These articles sold well and became very popular, bringing in a lot of work.

Soon Domenico was joined by his son Corrado (1949), who, like his father, was talented and full of creativity with a hunger to succeed. For Corrado his relationship with iron was ‘love at first sight’ – it was a material which, once heated, let itself be modelled in his hands so much so that when Domenico realised that his pupil had surpassed him, he retired. Corrado first started when he was but fifteen years old, doing it after a day’s work in a well-known local company, a job he left at the age of 27 in order to set up business on his own. It was no going back. The business grew steadily also thanks to continuous specialization and also keeping an eye on the competition, fast to learn new techniques and acquire new stimuli.
Sacrificing a part of his garden, Corrado set up his own modest workshop in 1976, where he worked with his hammer, anvil and mallet. The sound of his hammering could be heard around the neighbourhood of Sovernigo which resulted in quite a few complaints so he had to come to an agreement with the Town Council. They established when he could work, or better, when he had to keep quiet.
His was a new noise, or rather a sound, which the local people and even his neighbours didn’t realise was the product of artistic creativity. However, thanks to the volume of work which was arriving, it soon became clear that he had to move to larger premises. Corrado bought a plot of land and built a big workshop in Via Casanova in Castagnole, thus leaving Sovernigo.

Since then his artistic ironworking has known no bounds and Corrado has taken part in innumerable exhibitions and competitions, both national and international, and he is still being invited as a universally-recognised artist in iron. The ‘Biennale d’arte del ferro’ , which has taken place every other year since 1985 in Vittorio Veneto, owes its existence to him. It is an event which continues to meet with great success. However, his ability and fame are recognised all over Veneto and has led him to exhibit his work in other Italian regions like Tuscany, Emilia Romagna, Valle d’Aosta and even abroad.

Even though the business currently bears the name ‘Corrado Vendramin’, it is destined to become ‘Ferro D’élite’ with the arrival of his son Paolo (1982), the third generation of this family of master iron-workers.
Paolo got his industrial diploma from the ‘I.T.I.S’ professional school in Treviso, and later he specialised in modern wrought iron-working in an antique context at the Centro Europeo per I Mestieri e la Conservazione del Patrimonio Architettonico di Venezia (European Centre for Trades and the Conservation of Architectural Heritage) in Venice. Thanks to him the business is now more visible on his internet site. This is a giant step forward and surely a great satisfaction to Nonno Memi who sees his artistic talents lovingly nurtured and enhanced by his descendants.